Students from Colville, Mayfield and Linton Heights primary schools ask our expert curators these questions and many more in these short films.

Objects from our collection mentioned

Cartonnage mask of a man called Tjay with painted facial details including broad eyebrows, eyes, beard and moustache. The mask is made from a layer of white calcite paste covered with scraps of linen impregnated with plant gum. A final paste layer was applied over this, and the ears were modelled in paste. The yellow flesh is painted with an arsenic pigment, probably orpiment. The corners of the eyes are painted with red earth and the cosmetic lines with Egyptian blue.

This mask was lying over the face of Tjay’s mummy, found undisturbed in his coffin in tomb 275 at Beni Hasan. By the end of the First Intermediate Period (about 2010 BC), the ideal form of the dead, known as ‘sah’ in ancient Egyptian, was a mummy wrapped in white linen with a mask covering his face.

‘Soul house’. These models provide a dwelling space for the soul of the deceased. It also combines offerings, which can be seen lying on the floor of the lower courtyard. There are stairs on the exterior to allow access to the upper floor. 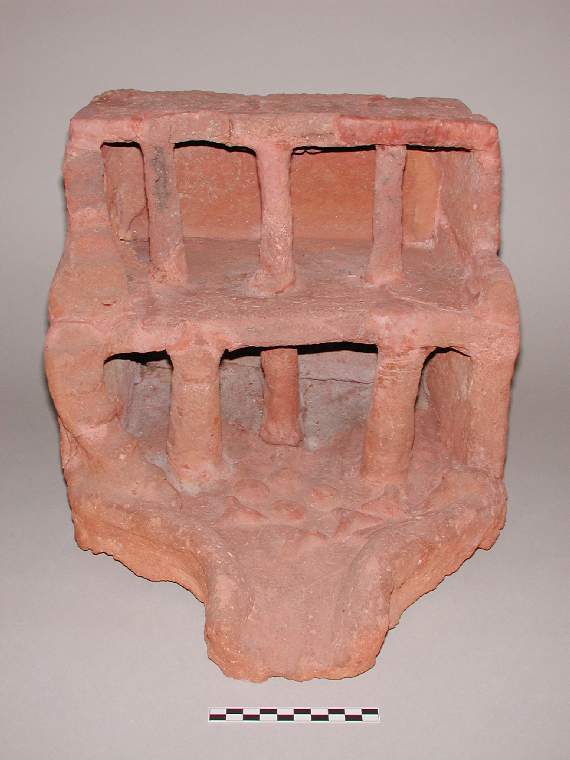 Film 1: with Helen Strudwick and Melanie Pitkin, Egyptologists at the Fitzwilliam Museum

Film 2: with Anastasia Christophilopoulou, Curator of the Ancient Greek and Roman galleries at the Fitzwilliam Museum