A figure of Guanyin God(dess) of Mercy

On loan from Museum of Archaeology and Anthropology (MAA), University Cambridge Museums, 1960.400, for the exhibition: Human Touch.

Notice the different arm and hand positions of Guanyin.

Move your arms to make the same shapes, how does it feel?

What do you think the figure is holding? Watch this video to find out.

What could you offer to be kind to others?

Try our mindfulness meditation below and breathe using your hands.

This wooden figure lacquered in gold is Kwan Yin [Guanyin], the Chinese version of the Boddhisattva (enlightened being) whose Sanskrit name is Avalokitesvara. Bodhisattvas are enlightened beings who are destined to become buddhas but postpone that final state in order to help humanity.

When Bodhisattvas were introduced to China it was with a male appearance with a moustache, but gradually over time they became shown as androgynous (partly male and partly female in appearance), and eventually female in around the 12th century. You can compare some of these figures from the Fitzwilliam Museum collection.

In order to save others from suffering, it is believed Guanyin incarnated (transformed) into thirty-two human forms. These forms vary across different regions. For instance, Tibetan Buddhists believe Avalokitesattva has eleven heads and one thousand arms, to help give compassion and to save the world from suffering, as you can see in this figure at the MAA. This figure has significantly less. It is seated with crossed legs, and has twelve arms. Four of the hands are positioned in the mudras (symbolic gestures) of prayer and meditation, the others are raised above the head and hold various Buddhist symbols including the stylus (pen) and book for learning. This figure wears the five leafed crown, although some damage can be seen on some of the points.

This figure is hollow, and was consecrated (made powerful) by having important objects placed inside it such as coins, mirrors, sandalwood, and handwritten scriptures of the Buddha’s words that date from 1634, during the Ming Dynasty. It was opened up in 1860 by a collector who was interested in the coins he noticed inside. You can see images of these votives in the MAA collection database (object numbers 1960.401 – 1960-422).

This object forms part of the Fitzwilliam Museums’ ‘The Human Touch’ exhibition. The exhibition explores the sense of touch in human experience, creativity, and society. A crucial part of Sensual/Virtual season, the show includes works spanning two thousand years and from across the globe, works that demonstrate the importance of touch to our sense of self and in creating and communicating emotion.

Do: Breathe with your hands

Breathe with your hands! 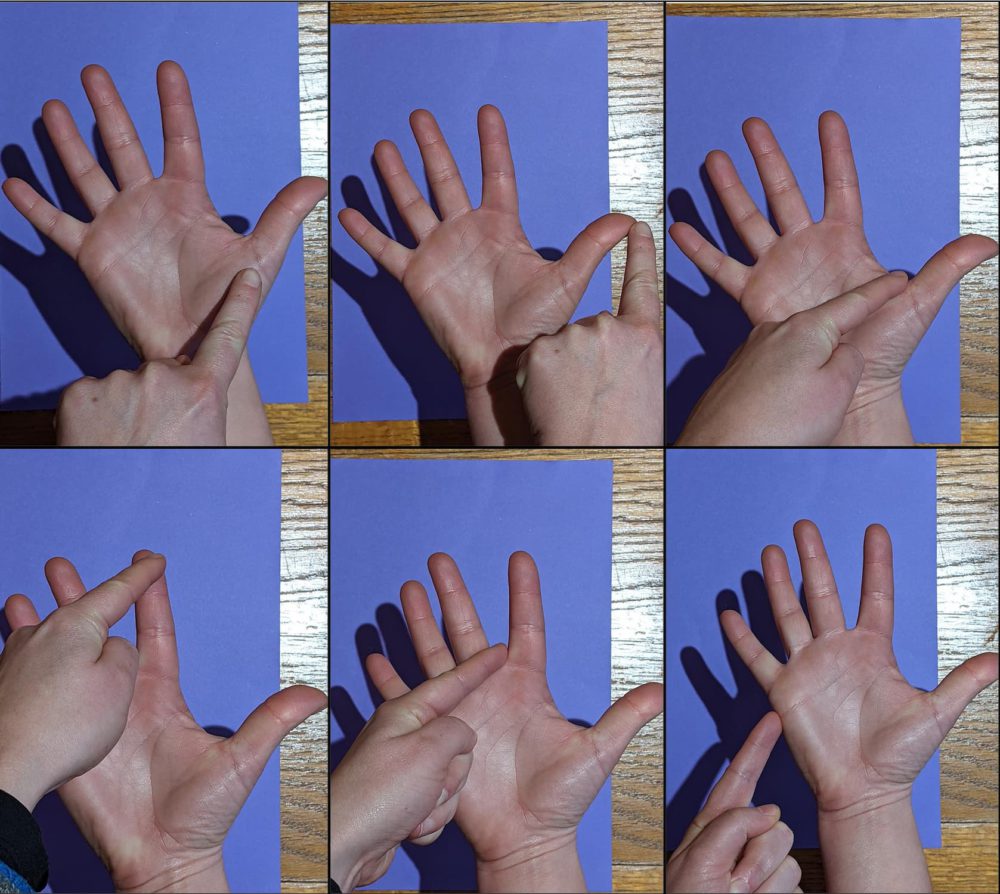