Butterflies and other insects

Butterflies and other insects, Jan van Kessel the Elder, 1661

Zoom in closer, there is so much to see in this painting! The smallest blue flowers look like they could be ‘Forget-Me-Nots’.

How many can you count?

People often gave Forget-Me-Nots to people as gifts, if they wanted friends to remember them.

How rare are blue flowers? Can you find any in and around where you live?

Is there someone in your community, at school or a friend you want to show you are thinking of them?

If you can find flowers that you are allowed to pick, you could make your own flower press like our friends at Cambridge University Botanic Garden. Who will you give your pressed flowers to?

Or why not draw or paint your own ‘Forget-Me-Not’ postcard with the help of the video below. 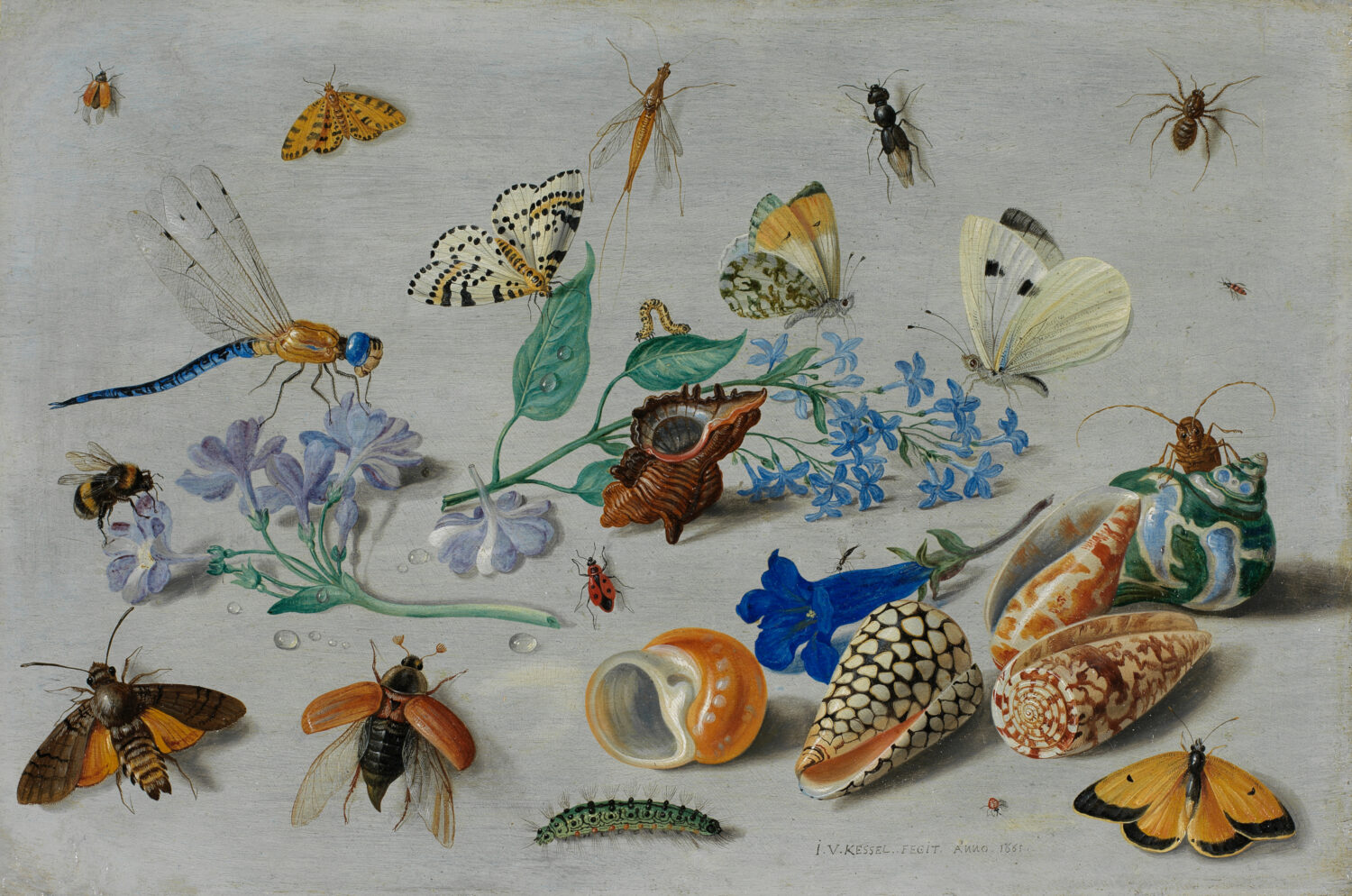 Do: draw and write a Forget-Me-Not postcard
More information

The Fitzwilliam Museum holds an outstanding collection of flower paintings, along with around 2,000 botanical drawings and watercolours, dating from the sixteenth to the twenty-first century. The collection as a whole provides endless opportunities for special exhibitions, research and collaboration with partners such as Cambridge University Botanic Garden, the Museum of Zoology and the Whipple Museum of the History of Science, and reveals much about the development of flower painting, the role of botanical drawings in an age of scientific discovery, the relationship between art and science, and the collecting of such artworks from the seventeenth through to the twentieth century.

This painting is by the Flemish artist Jan van Kessel the Elder (1626-79). He belonged to a dynasty of famous painters: his grandfather was Jan Brueghel the Elder (1568-1625). He was taught by the history painter Simon de Vos (1603-76), but also received instruction from his uncle, Jan Brueghel the Younger (1601-78).

Van Kessel specialised in flower still lifes with meticulous detailed studies of insects. His work in this field reflects the contemporary worldview to collect and categorize the natural world, which had given impetus to the creation of the Kunstkammern and Wunderkammern in the late sixteenth and seventeenth century. This work, like many others, is painted on copper. Copper provided the smooth surface best suited to the artist’s meticulous and detailed finish.

His tiny still-life paintings were often produced as pairs, and some originally formed part of a series of plates that could attach to the front of the small drawers of the cabinet in which a collector kept his items. However, some scholars have suggested that these paintings might have lined the inside of the drawers instead, becoming playful substitutes for the real specimens. Unlike the dried and pinned samples stored within Wunderkammern cabinets, Van Kessel’s paintings appear alive and are clearly intended to surprise and delight the viewer. The insects are positioned almost as if they are interacting with each other.