Look closely at this jar decorated with a dragon. Chinese dragons are often a sign of good luck and power.

Dragons with 5 claws are the symbol of the emperor. How many claws does this dragon have?

Who could this jar belong to?

This dragon is made up of bits of lots of different animals. Can you work out which ones?

How does this dragon compare to other dragons you have seen or read about?

Dragons appear in Chinese folkore and myths throughout history.

Follow these easy steps to make your own shadow puppet and create your own story. 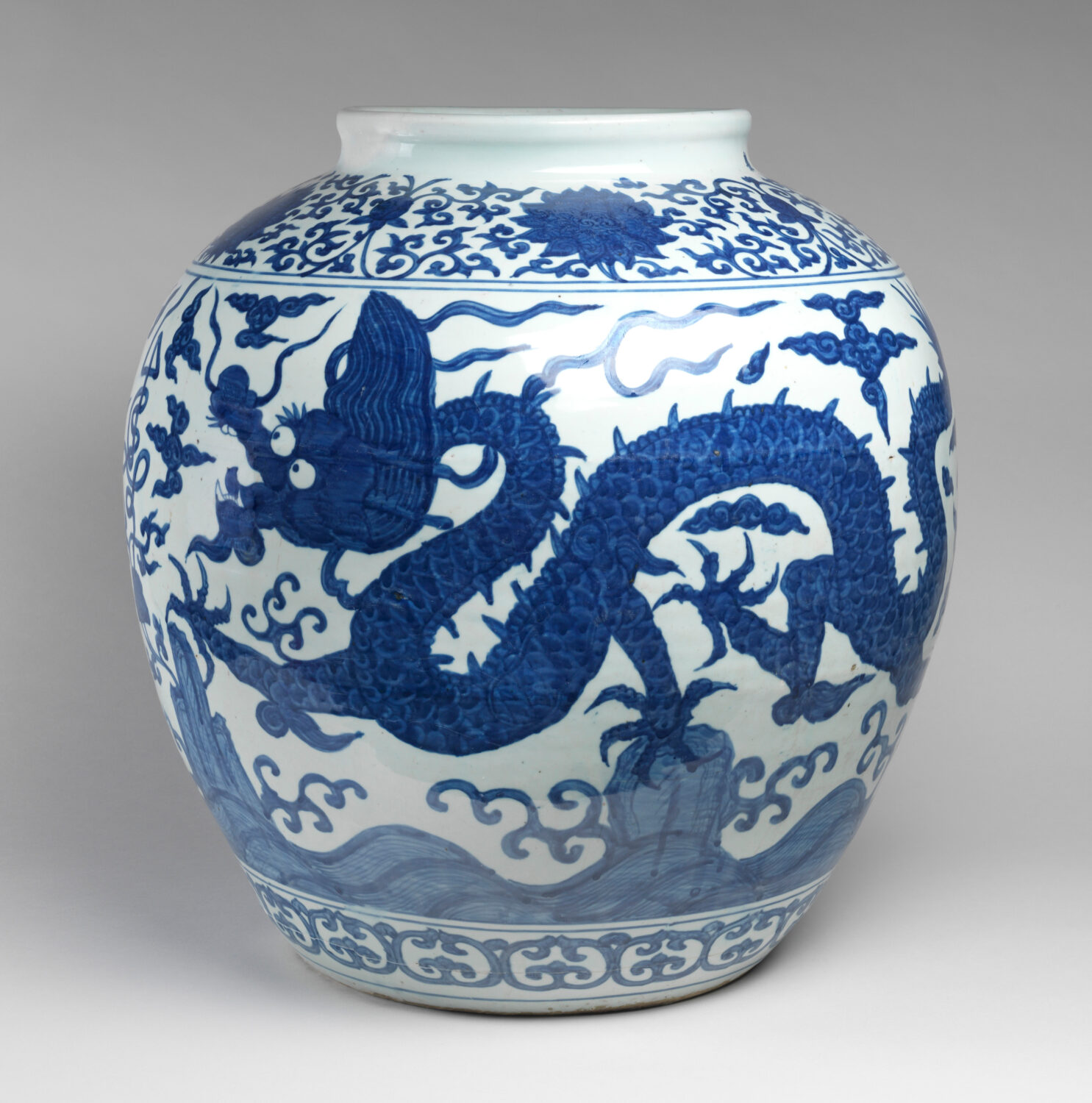 Do: Make your own shadow puppet
More information

According to James Lin, Senior Assistant Keeper for the Asian collections at The Fitzwillliam Museum, images of dragons appeared in Chinese art long before the unification of China in 221 BC. The Chinese dragon is a creature made up of bits from lots of different animals; antlers like a stag; the head of a crocodile; the neck like a snake; scales of a carp (large fish), the paws of a tiger; and claws of a hawk. These different features indicate the dragon was very powerful.

Over time dragons gradually became the symbol of the ruler. Dragons with five claws show the privilege of the emperor and the rest of royal family members. The rest of the population can only use dragons with four claws in their decorations.

This dragon jar is one of the largest ones produced in the imperial kiln during the reign of Emperor Jiajing (r. 1522-66). We know this as there is a six-character imperial reign mark written on the neck of this jar. At the time this was made, it was very difficult to make a large jar like this due to the limited size of kilns and the great skill needed to control the firing temperature and glaze. As a result many imperfect ones were smashed and buried. Only a few large jars survived and were sent to the court.