Bought from the Perceval Fund with contributions from the National Art Collections Fund and the Victoria and Albert Museum Grant-in-Aid, 1984

Elizabeth is dressed up for a special occasion.

Look at her jewellery, lace, fur, and silk.

What impression does this give you of her?

How would it feel to wear these things?

Does she look comfortable?

Read about weird and wonderful Tudor fashions in this fact sheet.

We cannot tell much about Elizabeth’s personality from this painting.

If someone painted a portrait of you, what would you add to tell people about you?

Make your own Tudor ruff to join Elizabeth at the celebration with the instructions below. 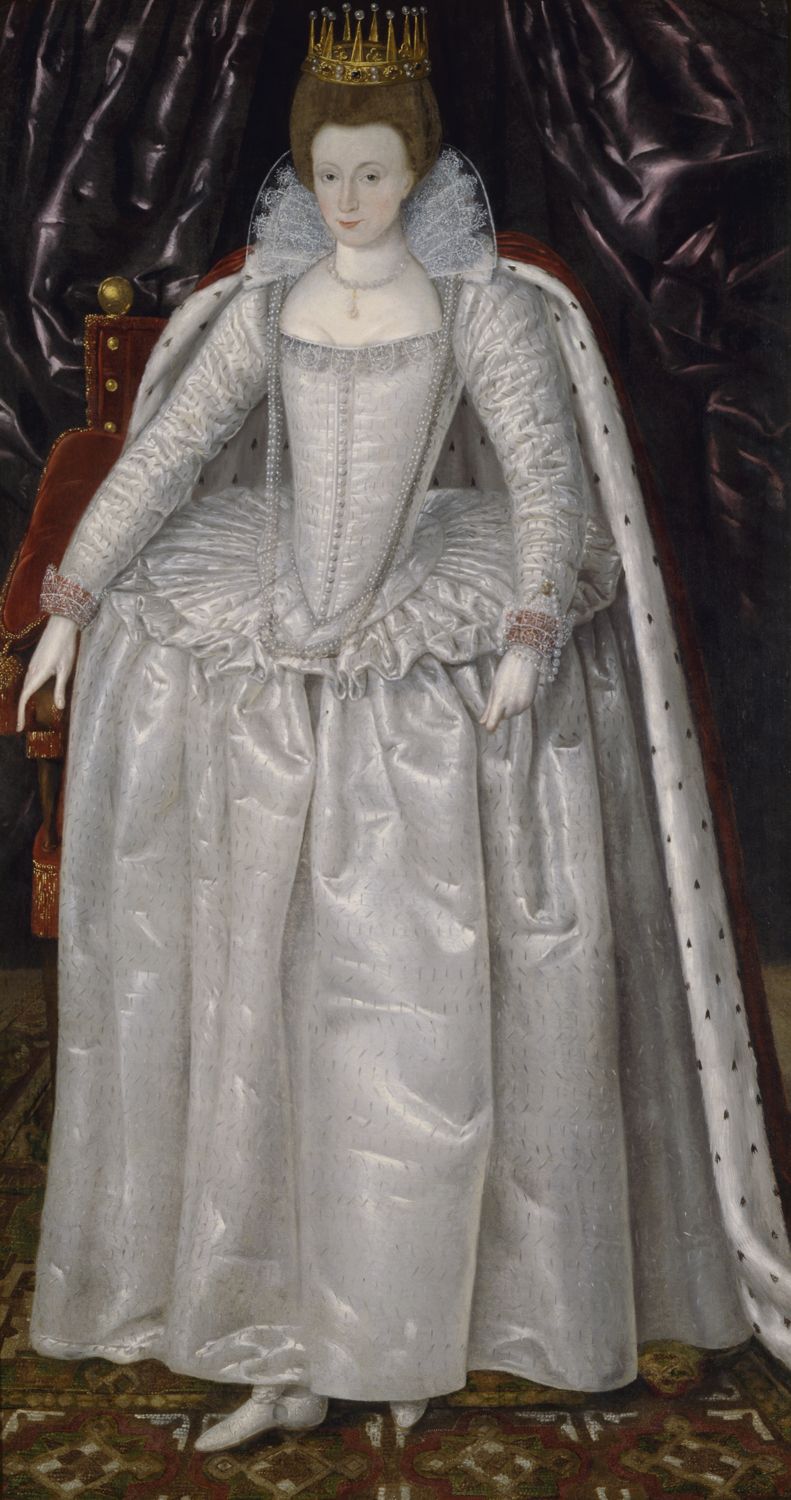 Do: Make your own Tudor Ruff
More information

This large painting is of Elizabeth Vernon, the daughter of John Vernon of Hodnet in Shropshire, and the first cousin of the Earl of Essex. This lucky start in life allowed her to gain a highly respected position as one of the chief ladies in waiting to Queen Elizabeth I (for whom she is often mistaken).

In 1598, Vernon secretly married Henry Wriothersley, 3rd Earl of Southampton who was rumoured to have been one of the Queen’s favourites. Wriothersley was the patron of several poets and writers including William Shakespeare. Unfortunately for him, he was also close friends with the Earl of Essex who, in 1601, rebelled against the Queen. Wriothesley was imprisoned for his involvement in the plot.

Vernon’s sumptuous costume of white silk dripping with pearls, a robe, and coronet (a mini-crown worn by a countess) suggests this painting was made to celebrate the coronation of James I, when her husband was pardoned and released from jail.

We also have portrait miniatures of Henry Wriothersley in our collection that can be found here.

Download this Look Think Do as a PDF  or a Word document.