Look carefully at this sculpture. The title gives us a clue of what it is supposed to be: a head.

What else does it remind you of?

This artwork is known as an abstract form.

In 1946 Barbara Hepworth wrote, ‘I spend whole periods of time drawing when I search for forms and rhythms and curvatures for my own satisfaction.’

Can you abstract the view from your window following the guide images below?

Carve your own soap sculpture inspired by the shapes, forms and lines you see around you with the help of this video. 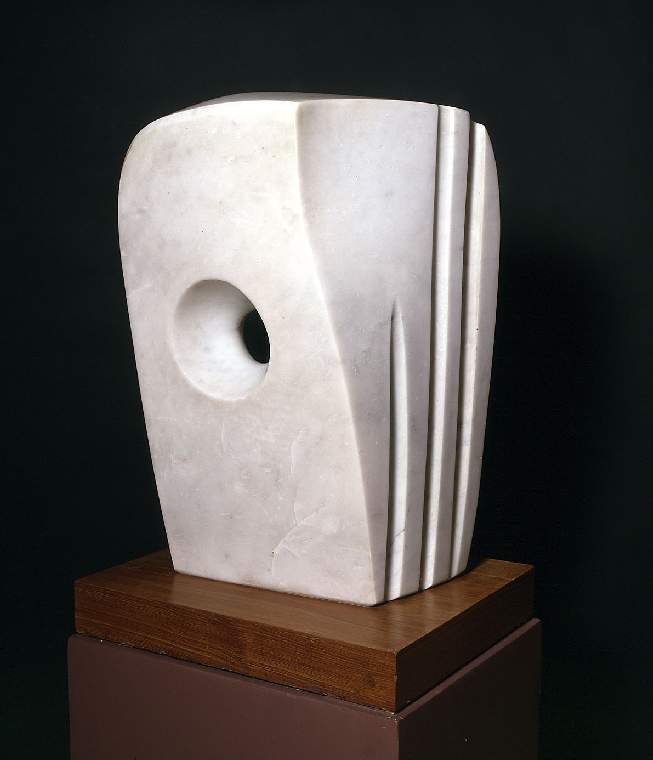 Think: Abstract the view from your window 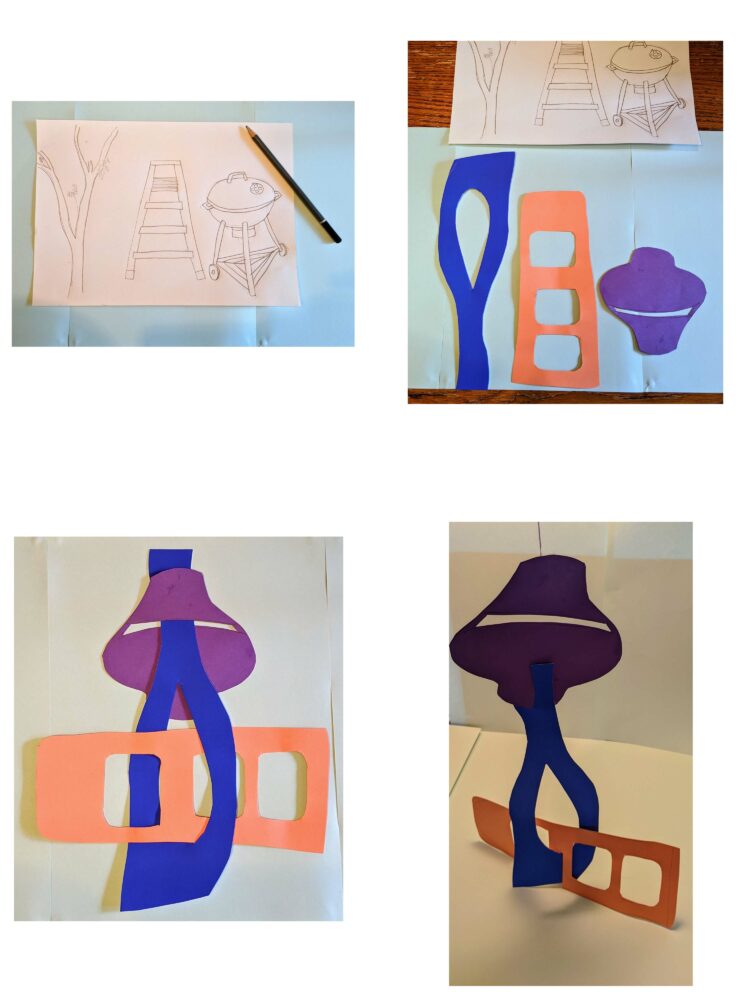 Do: Make your own soap carving
More information

Hepworth was born in Wakefield, Yorkshire in 1903. In the early 1920s, she studied at Leeds School of Art alongside fellow Yorkshire-born artist Henry Moore. Both artists continued their studies together at the Royal College of Art in London, becoming leading artists in the avant-garde method of direct carving (working directly into a material without making models first).

In 1931, Hepworth met the artist Ben Nicholson, who later became her second husband. At the outbreak of World War II, Hepworth and Nicholson moved to live in St Ives, Cornwall. St Ives had long been a haven for artists, and here they co-founded the Penwith Society of Arts. Hepworth remained in St Ives until her death, which was sadly caused by a fire in her studio.

Minoan Head was made late in her career, but stylistically it has much in common with the sculptures Hepworth produced in the 1930s, when she was moving away from representations of the human body and more towards purely abstract forms.

The Minoan head is inspired by the culture that flourished around the Aegean island of Crete, between roughly 3000 – 1050 BC called the Minoans, after legendary King Minos. Minoan art was discovered at the end of the 19th century by archaeologist Sir Arthur Evans.

Our response to the work depends upon the angle which we view it from. Viewed straight on the sculpture looks like a stylized human head with one wide, all-seeing eye. Seen from the side, the eye socket is more sunken and the curve on the upper right recalls a forehead. As soon as you move around the object your impression changes, making us question what we are looking at.

Barbara Hepworth’s name is still intertwined with the history and culture of St Ives, where you can visit her studio and sculpture Garden. In 2011 the Hepworth Wakefield opened in the town where she was born. It houses a collection of earlier 20th-century art by artists including Hepworth, as well as being a platform for contemporary artists. You can also see examples of her work locally in our friend Kettle’s Yard collection.

This video shot in the 1950s from the BFI archives, shows Hepworth’s working in her studio in St Ives, inspired by the nature and materials around her.