Detail from Outer Coffin of Pa-Kepu, a water pourer from Thebes

Notice the detail the artist has included on the scarab beetle’s body. Can you spot the spurs, or hooks on its legs?

These directions for making your own beetle from the Museum of Zoology show you all the different parts of a beetle’s body.

Ancient Egyptian people believed in life after death. They often included scarab beetle amulets and images in coffins and tombs. Can you think why scarab beetles might be linked with being reborn in the afterlife?

Scarab beetles can be found in the UK, although unlike the ones in Egypt and other warmer countries, they do not roll balls of dung.

Try making a hotel for beetles in your garden , school field, or park. Pile up a few stones, big sticks and pieces of wood – crumbling, rotting wood works well. Build your hotel somewhere quiet and calm where it won’t be disturbed. Come and check it after a few days to see if any beetles or other animals are sheltering there.

Can you move like a beetle? Can you push a ball along with your feet while you crawl? How fast can you move? 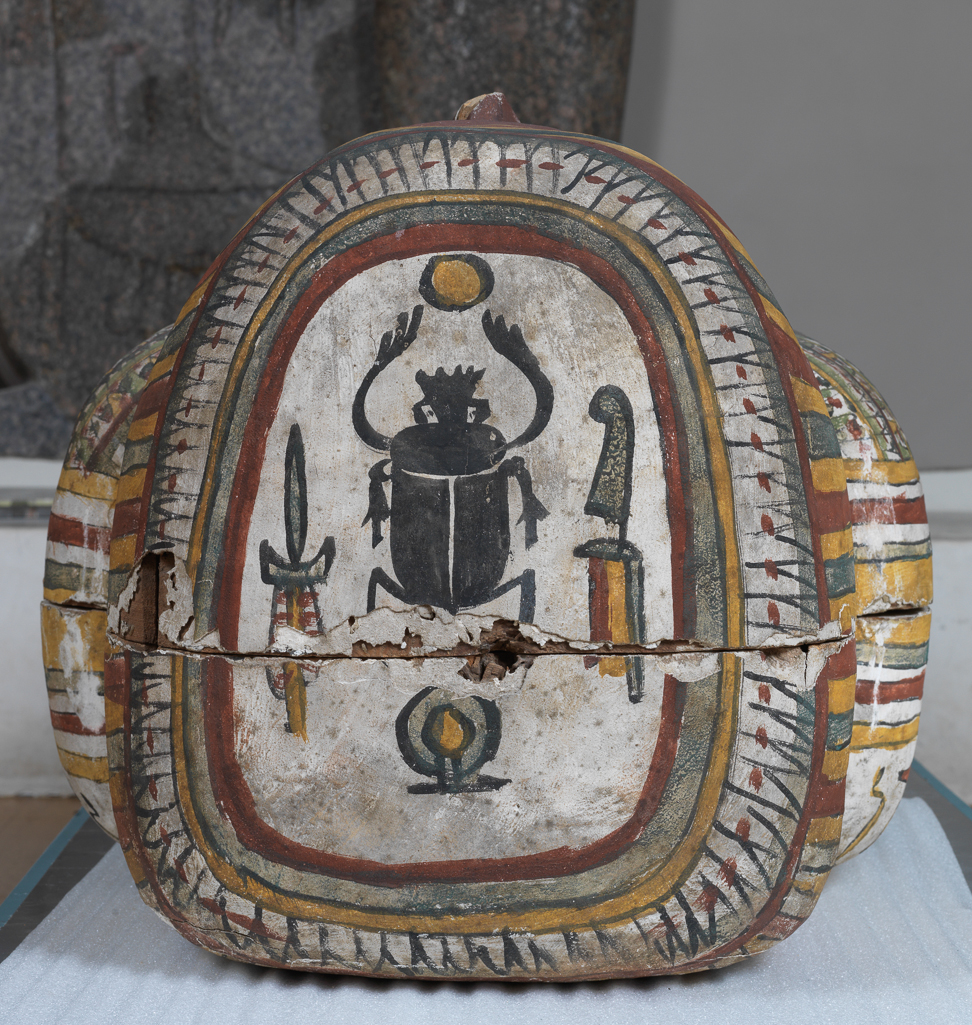 This image shows a painting of a scarab beetle: an amazing creature that was very special to the Ancient Egyptians. It is a kind of dung beetle: it uses other animals’ poo to get its nutrients from, and to lay its eggs in. After the mother beetle had left and some time had passed, the eggs would hatch and the baby beetles would emerge from the dung. Ancient Egyptians thought that these animals must be very special because they seemed to be born without having any parents.

Recently, scientists have demonstrated that dung beetles have another fascinating connection with the sun: they use it to navigate, making sure they are pushing their dung balls in a straight line.