Have you seen an optical Illusion before?

Riley makes ‘optical art’ using shapes, colours and patterns to create images that look as if they are moving.

Look at this painting for 30 seconds. Does anything move or change?

How many colours can you see?

Are the same colours always next to each other?

How would you describe the pattern?

Make your own copy of Bridget Riley’s Shadowplay at home using household items or art materials.

Get inspired by the wonderful examples of artwork made by young people from our Arts Pioneers group – just look below. 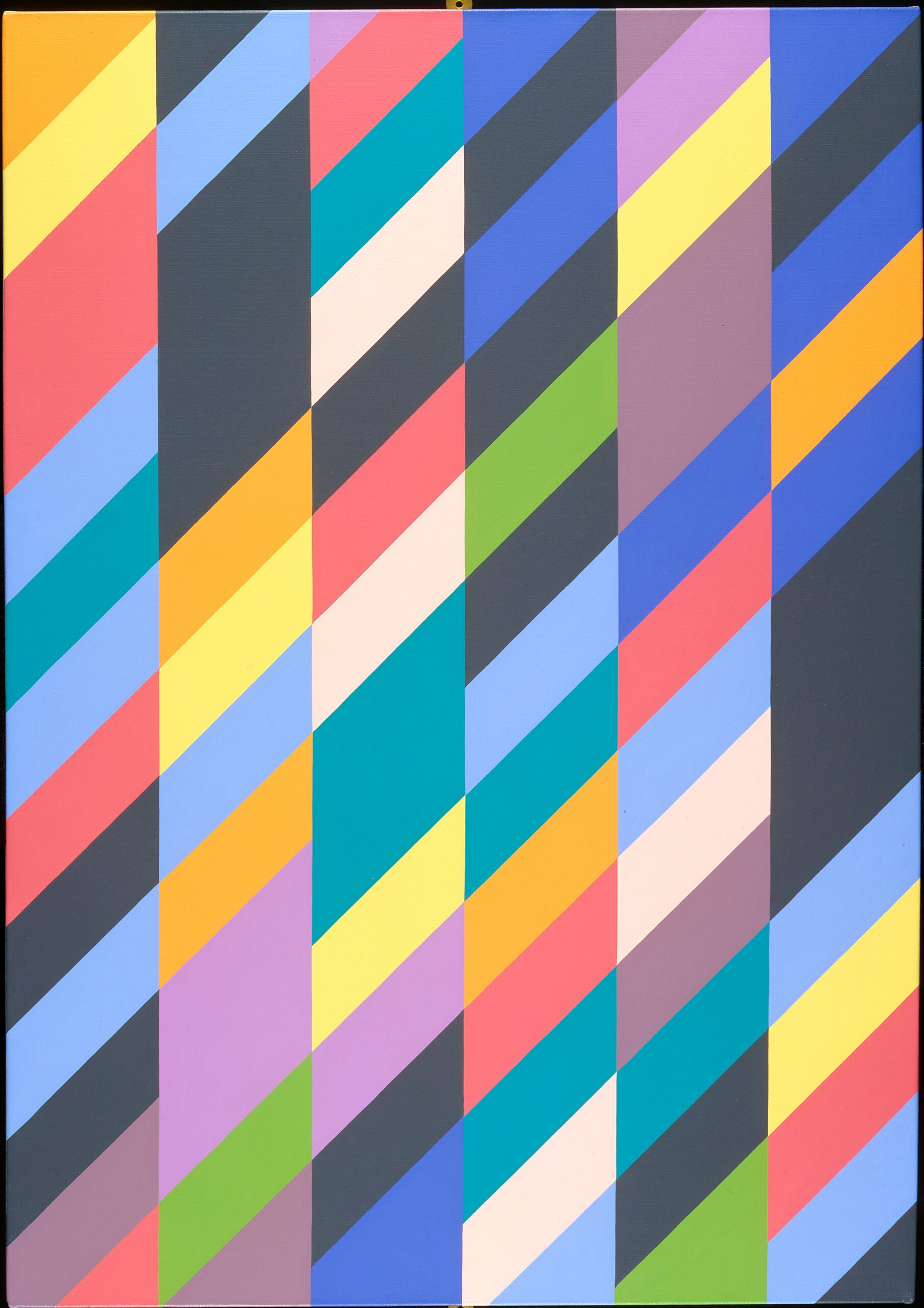 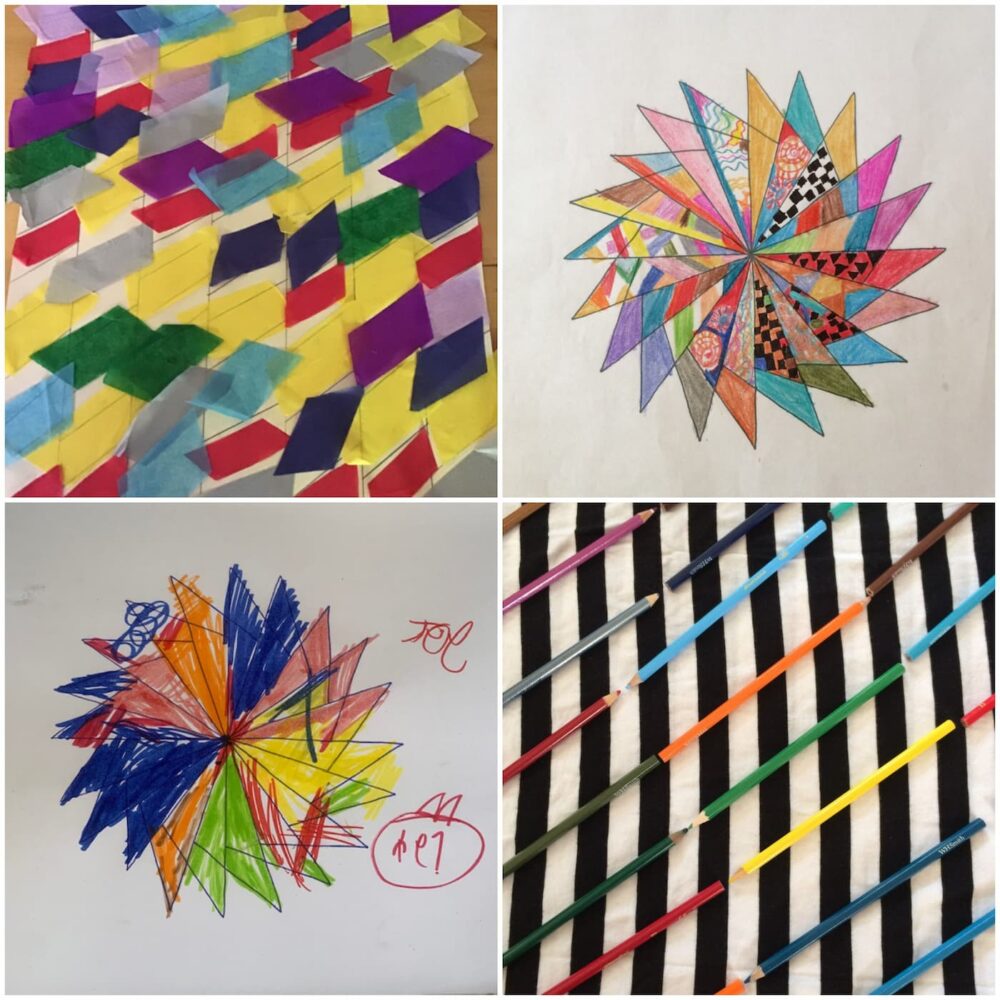 Created by young people from the University of Cambridge Museum’s Arts Pioneers. Activity designed by Kaitlin Ferguson and Marie Kennedy.

You can find out more about the Arts Pioneers in the UCM blog.

The British painter Bridget Riley became famous in the 1960s as a leading practitioner of what became known as Op Art, (short for Optical Art) an international abstract movement concerned with visual effects and illusions. The use of brilliant colours and the repetition of geometric shapes create the impression of movement and three-dimensional depth.

As a student, Riley became influenced by the work of the French post-Impressionist painter Georges Seurat, a pioneer of pointillism which is a technique in which a picture is built up of small dots of complementary and contrasting colours. Seurat was strongly influenced by Charles Henry, a French scientist and philosopher who had developed sophisticated theories about the use and perception of colour. Seurat and Riley are particularly interested in the sensations experienced by the eye, rather than trying to create a reproduction of nature. For Riley and other Op Artists, colour, contrast and shapes are the true subjects of painting.

Riley’s early works were mainly black and white, but throughout the late 60s and 70s she introduced more colour into her work. During a trip to Egypt in 1979/80, she was captivated by the paintings in the royal tombs of the Valley of the Kings. She was drawn to five vital colours – brick-red, ochre yellow, blue, turquoise and yellow green. For the next five years these would dominate her palette in a series of paintings that consisted solely of vertical stripes. From 1985, these stripes began to be broken up by diagonal hatching, creating a sense of depth. Shadowplay makes use of both vertical and diagonal stripes. Dark blue contrast sharply with lighter pinks and yellows to create a sense of light and shadow.

You can see other examples of her work and watch a recent interview with her on the The National Museums of Scotland website linked to their 2019 exhibition.