Look at all the pillars, big staircase and green gates of our museum entrance. How big do you think the pillars are? Does this building remind you of anything else you have seen?

There are lots of types of building. Think about all the different buildings where you live. What do you think of how the museum looks? Would you change anything? Design your own museum entrance with this activity sheet.

If you could design your own museum building what would it look like? What special things would you put inside it?  Use this printable mini museum template or create your own from things you can find. 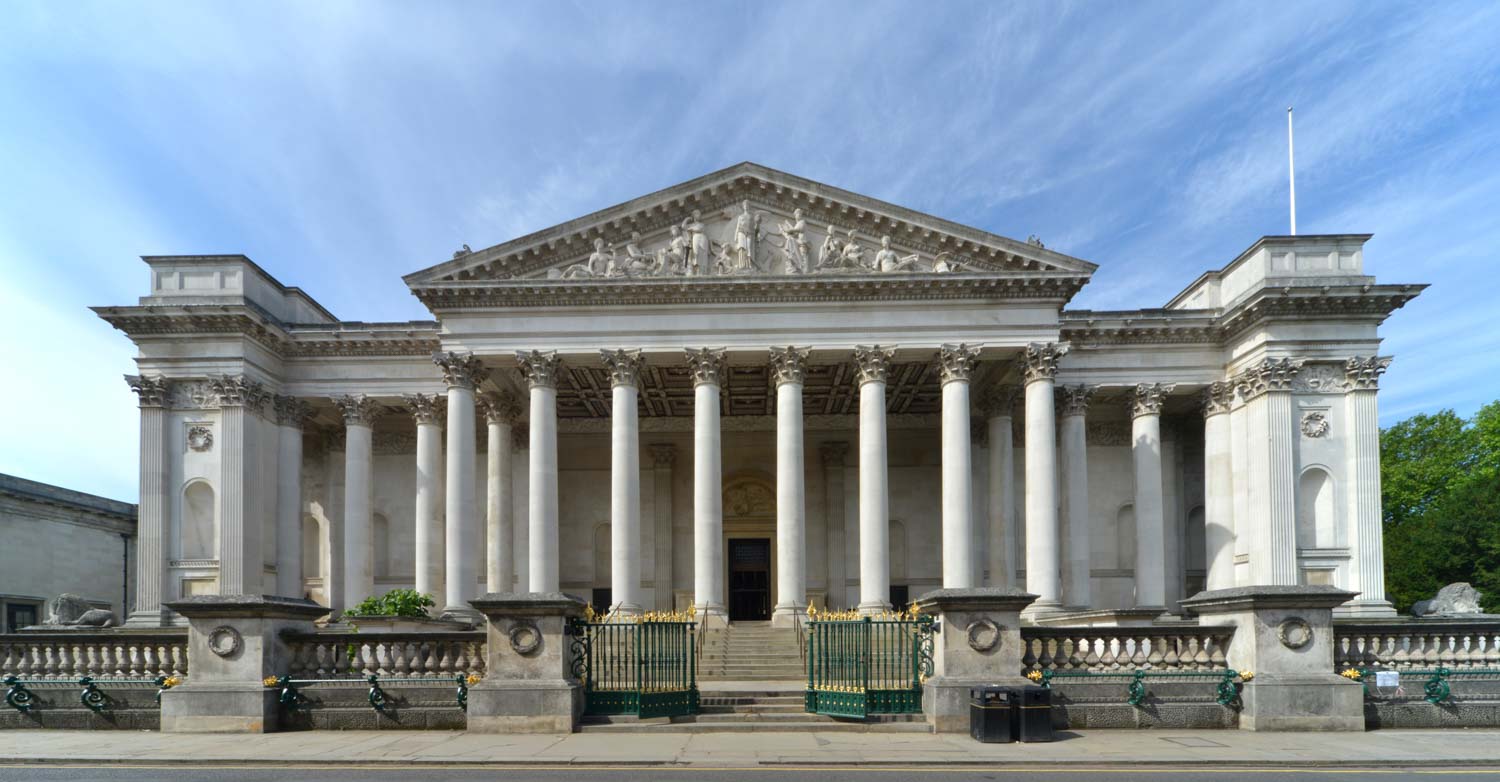 In 1816, Richard, VII Viscount Fitzwilliam left his grand collection of art and a library of books to the University of Cambridge. He felt strongly that the University should have its own museum, for displaying art, but also with its own library. A princely sum of £100,000 was provided to build an unforgettable monument which would be a place of learning as well as one of the most magnificent galleries of its day.

In 1821, land was bought for £8,500 from Peterhouse College to build the museum on. There was a great architectural competition to design the museum. Entries included an antique temple and a huge Gothic church with a tower. However, George Basevi (who was also building Ely Cathedral at the time) was selected for his design which we see today. The Neclassical style of the grand portico echoes the design of a Greek or Roman temple.

The building was completed in 1842, and on the 6 July a grand ball was held to celebrate with 1600 people dancing all night in the museum! In 1848, thirty-two years after Fitzwilliam’s death, the Museum finally opened to the public for three days each week.

Since then there have been many developments to the museum, to make room for growing collections. Most recently in 2019 the Portico entrance reopened after a two year redevelopment project. Its freshly lit plaster ceilings, and glistening gold decoration are described as “the greatest small Museum in the world.”