The Last of England by Ford Madox Brown

This painting shows us a moment in a long journey.

What clues tell us what the weather is like? How does the artist show us this?

Watch and listen to The Story of the Red Scarf which features this painting.

Imagine you could go on a journey anywhere right now. Where would you go? Who would you bring, and why?

Write about your journey to share with someone. You can use our journey planner to help.

How many items can you pack in your bag ready for a journey with our memory game?

How far through the alphabet can you get without someone missing any, or repeating any in the wrong order? 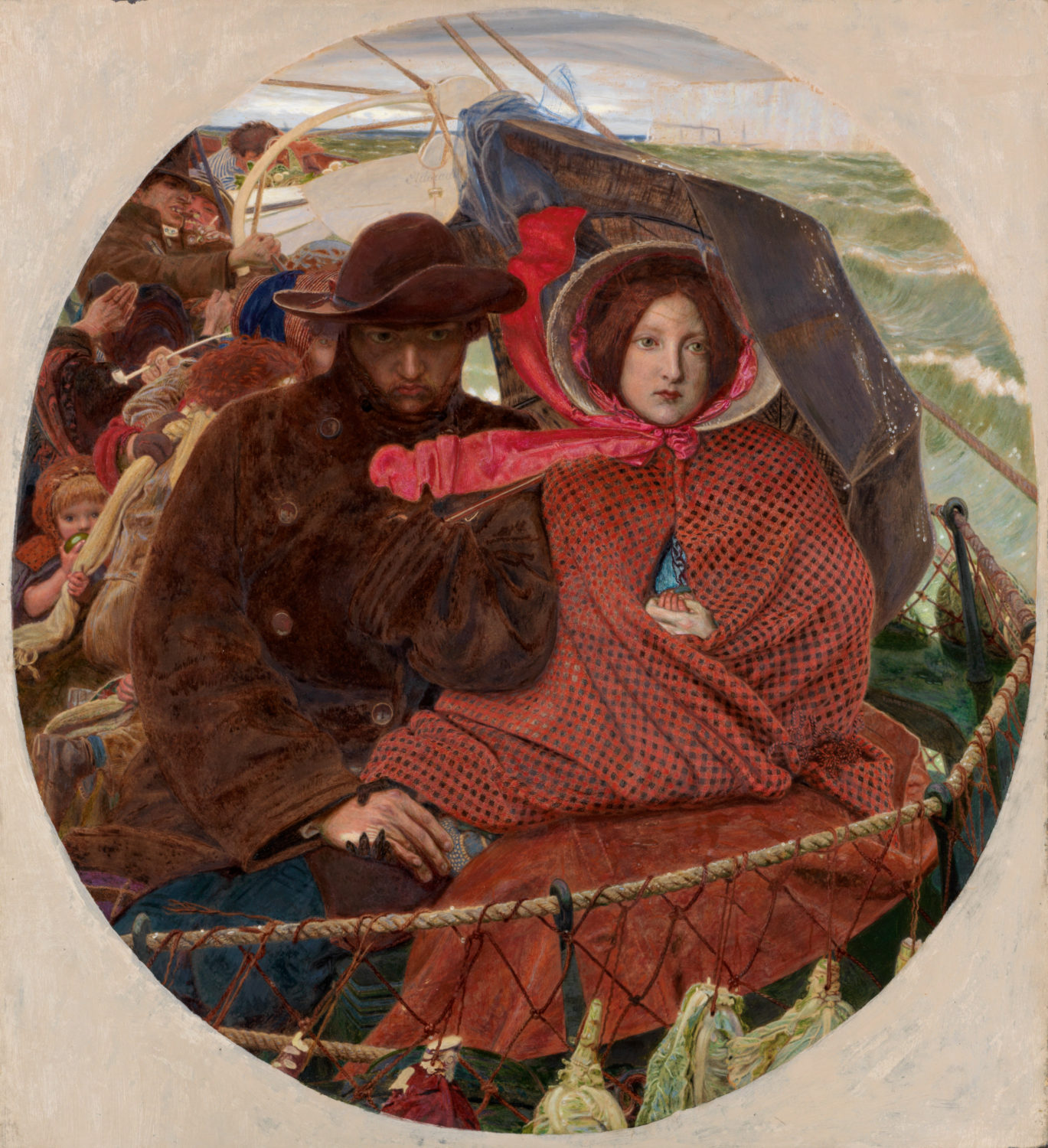 The story of the red scarf
More information

The travellers in this painting are some of the millions who left Great Britain in the middle of the 19th century in search of a better standard of living. The artist, Ford Madox Brown, considered moving to India towards the end of 1852. This painting was inspired by the departure of his friend, the sculptor Thomas Woolner, who headed to Australia in search of gold. British mass migration to Australia had a devastating impact on the indigenous Aboriginal population already living there.

The dreadful English weather adds to the mood of the piece. This sense of cold was painstakingly achieved. Brown painted in the open air on particularly dreary days. He even persuaded his wife to pose outdoors in winter!

The couple are not alone in the painting. The woman’s left hand holds the tiny fingers of a baby, who is hidden under her thick woollen shawl. She has taken the glove off this hand to share some of her own warmth with the child, while her other gloved hand squeezes her husband’s in comfort and encouragement.

Looking closer we can see cabbages hung on the netting in the foreground to preserve them during the long voyage, and the chalk cliffs of Dover in the distance. The lifeboat in the background carries the name of the ship: El Dorado, the legendary country of gold in South America that men had searched for since the 16th century. This might be a reference to Woolner’s mission to the gold fields of Australia.

Despite its miserable context, The Last of England was a major success for Brown. The original painting now hangs in Birmingham Museum and Art Gallery. The Fitzwilliam version is one of two replicas that Brown was asked to paint as the original was so popular.