The Twins by John Everett Millais

This painting was finished just before Kate and Grace celebrated their 20th birthday.

How many similarities and differences can you spot between the two?

The artist has given us clues to show us their different personalities.

Who do you think is the more outgoing and why?

If you could show your personality in a picture what colours, objects and setting would you choose and why?

Warm up by finding a mirror and pulling as many funny faces as you can.

Write lots of different emotions onto strips of paper and put them into a hat.

In a pair or group take it in turns to pull them out and act the emotion using only your face – NO SOUND ALLOWED!

How many emotions can people guess from your facial expressions? 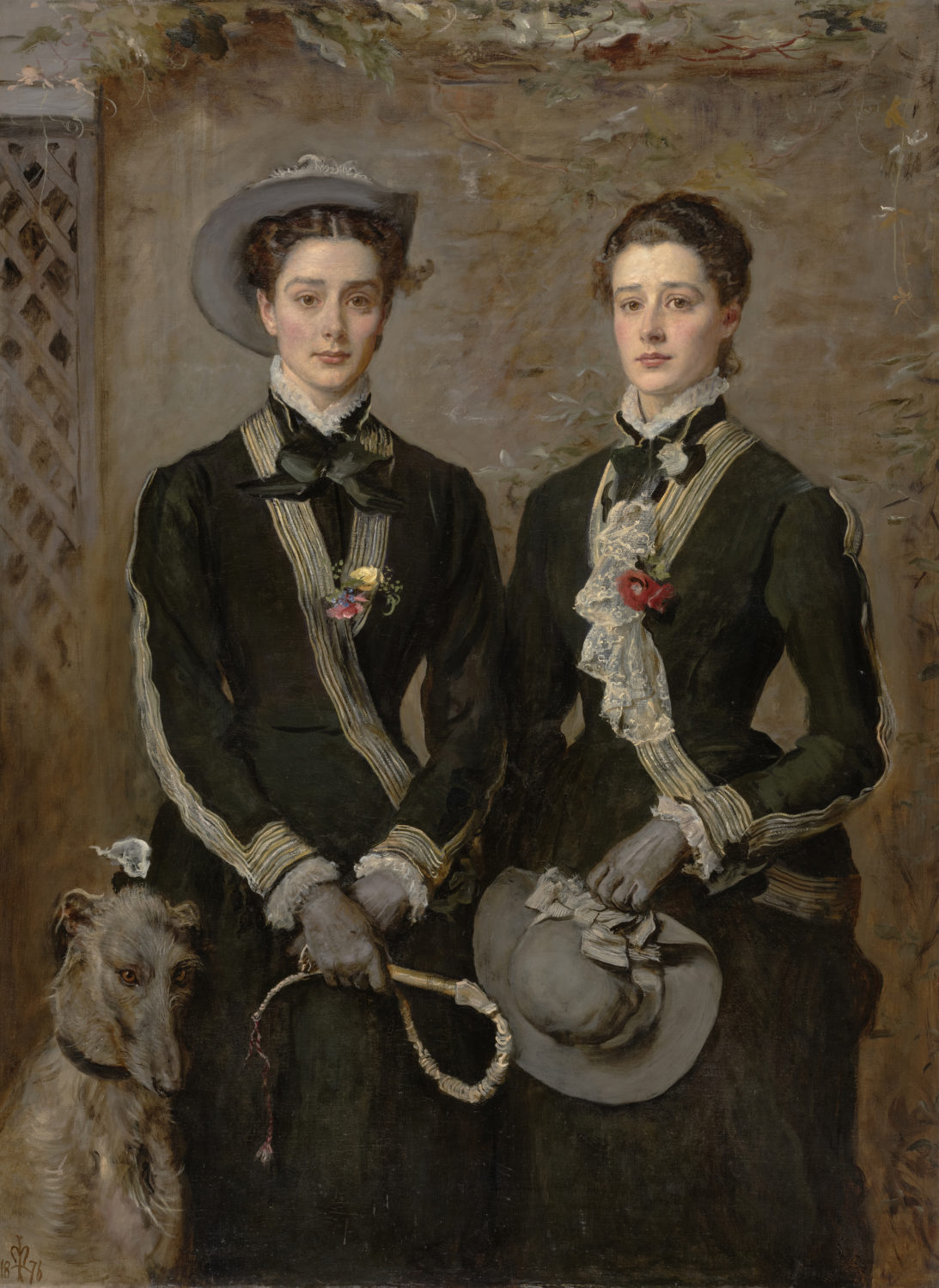 The Twins is one of the most popular paintings in The Fitzwilliam Museum and many thousands of visitors enjoy looking at it and talking about it every year. There are several other paintings in the museum by Millais, and his life and works have been extensively researched and documented.

Millais is a well-known Victorian artist, who was so good at art from a young age, he became the youngest student to enter the Royal Academy of Schools in London at only 11. Whilst studying he made friends with several artists to forge an artist movement called the Pre-Raphaelites.

In contrast to the this, little was known about the sitters ( other than their names) or about who commissioned the portrait until a research project in 2018 which you can discover in full in our Look at Collections resource. The research uncovered the painting was commissioned by the Twins parents to mark their 20th birthday. The twins father Thomas Rolls Hoare was a wealthy paint and varnish manufacturer, who was suggested Millais as the artists as the girls would become the talk of London.

The commission cost a whooping £1,500 guineas ( the same as 100 horses in 1876 according to The National Archives currency converter), and took 8 months to paint. Conservation science and letters have revealed Millais changed the clothes the girls were wearing from horse rising attire, to these dresses. Some people have suggested the Twins styling could be influenced by the Danish Princesses Alexandra and Dagmar who were hugely popular at the time.

The painting’s object file in the Fitzwilliam led to some exciting discoveries about the sitters and their family. We were able to make contact with some their descendants via email, and discovered that Kate was herself an artist and photographer. We discovered that there was an album of photo-collages by Kate in the collection of the Victoria & Albert Museum (V&A) in London that show the fascinating hidden world of a Victorian lady.

It has been suggested that Twins our one of the hardest subjects for an artist to capture, as they must capture both similarities and individual differences, which Millais has done brilliantly here.